How Does the Supreme Court Work? 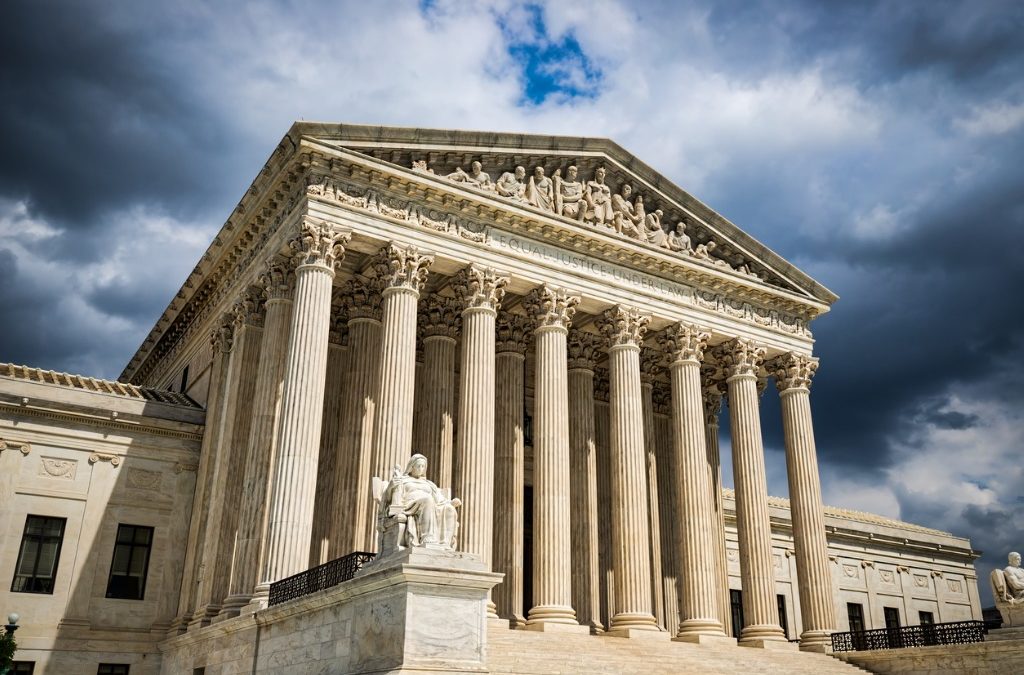 The Supreme Court is the final arbiter of law in this country, and it ensures that all American citizens receive equal justice under the law. It functions as the guardian of the Constitution and the official interpreter of all content laid out in the Constitution. The makeup of the Supreme Court consists of the Chief Justice of the United States and eight other associate Justices charged with deciding the outcome of the most pressing issues of a given day.

How a Case Makes it to the Supreme Court

There are three primary ways that a case makes it to the Supreme Court. The first of these, and the route that is by far the least common, involves Original Jurisdiction, which means that the Supreme Court hears the case directly without it ever going through any kind of intermediate stage.

The Supreme Court has exclusive jurisdiction to consider disputes between states. For example, the 1998 New Jersey v. New York case. This dispute centered on the question of which of the two states held jurisdiction over Ellis Island. Original Jurisdiction cases are sporadic, with the Supreme Court considering perhaps one or two in any given term.

Whenever the Supreme Court accepts a case, the case gets placed on the docket, and the petitioner has time to write a brief that summarizes their position. Once they file this brief, the other party, known as the respondent, will prepare a brief in response. The Supreme Court Justices consider both of these briefs.

Each Supreme Court Justice has three to four law clerks per term, and these individuals are generally recent law school graduates. These law clerks perform invaluable tasks, such as researching the merits of individual cases, preparing questions that the Justice might ask during oral arguments, and assisting with opinion drafting.

The Supreme Court only considers oral arguments from October to April. These arguments are open to the public, with two cases typically being considered each day.

While lawyers may indeed spend the allotted half-hour making their best legal case to the Justices, they typically spend it answering questions put forth by the Justices. In theory, each party has 30 minutes during oral arguments to present its case, although this argument tends to be material already provided in briefs submitted by both parties.

Once oral arguments conclude, it is up to the Justices to render a decision on the case, which occurs during the Justices’ Conference. Before joining the Conference, many Justices will consult with their law clerks to obtain different perspectives on the case. However, once it begins, the Conference only allows Justices in the session. After each Justice finishes speaking, they cast votes, and one of the Justices writes the Court’s opinion.

There are no set rules that state when the Court must reach its decision. Although, most judges hand in their opinions before the last day of the term. The Supreme Court generally releases unanimous decisions much more quickly than contested decisions. Before they submit a decision to the public, a majority of the Justices must agree to the contents of the opinion.

The Justice who wrote the opinion must consider the comments and concerns of the other Justices. Once prepared, it is still possible for a Justice to change their vote on the case. An opinion becomes the official opinion of the court once made available to the public or delivered in open court.

Whistleblowers in the Supreme Court

The words “Equal Justice Under Law” shine proudly above the main entrance to the Supreme Court building, and these words represent the responsibility of the United States’s highest court. It reviews the cases that it deems the most relevant to the American people. The Supreme Court attempts to stay faithful to the Constitution when making its decisions while also being fair and just to the individuals involved in each case.

Over the years, many whistleblower cases have gone all the way to the Supreme Court. While rare, it can happen, and the team of attorneys that powers Whistleblower Info Center prepares itself for every possibility. If you believe that you have a whistleblower case on your hands, you should not take the matter lightly.

Whistleblowing is serious business, and we can provide you with the guidance and direction you need to be successful. Email us or give us a call at (888) 764-8195. We’re here to help!